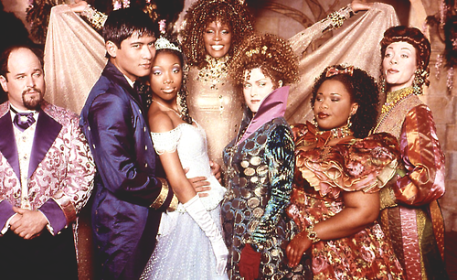 The original title of this post was going to be setting up for success. How I organise my day, the kind of to do lists I write, the whole well-known hoopla.

Then I realised that I actually don’t know what that looks like. I know that I try to organise my day, set goals, schedule regular brain breaks, switch up activities, exercise… but success is such a strange concept to tackle. You can’t know that you have set yourself up for success, until you have succeeded. I can’t say that I have yet.

Instead, I’m going to write about Cinderella.

I haven’t mentioned this yet, but I am in fact writing a musical. It’s a mammoth task, but I have to say that it’s so much fun. Part of my work for it is research. That’s right, I get to watch musicals and call it work. It’s pretty alright. I was watching the 1997 film version of Rodgers & Hammerstein’s Cinderella, and feeling a bit overwhelmed by the task I’m attempting to achieve. Not only do I have to write a full script of a brand-new story, but I have to write all the music, making sure it all makes sense, and on top of that I don’t want it to to be terrible.

Back to Cinderella. If you haven’t watched this version yet, do. It’s on YouTube, and is simply entertaining. The Fairy Godmother is played by Whitney Houston, and she sings one of my favourite songs: ‘Impossible’. The whole premise of the song is that people who dream are silly, but because they persist in their silly dreams, the impossible comes true.

It’s an utterly charming thought. That, even if you are feeling like nothing is improving, dreaming and persisting gets you through a significant part of the journey. And that is where I am at. Some days I might feel like I’m doing everything wrong, that I haven’t got enough done, or that I’m writing complete nonsense. But I can keep dreaming, and trying. And failing. And trying again.

One day, I might get to go to the ball. I will be able to write about how to succeed. But the most I have to go on right now is that I shouldn’t stop. I should keep dreaming.

And maybe buy a pair of glass slippers. Just in case.

One thought on “the cinderella effect”

This site uses Akismet to reduce spam. Learn how your comment data is processed.